The flurry of activity surrounding the second week in February always never fails to astound me. First the 11th. My husband and I just celebrated our 15th wedding anniversary. Fifteen years, I can hardly imagine it, cannot count them without sheer surprise that it’s been 15! On the 11th (Monday) I came downstairs in the morning to get the kids ready for school to find a bouquet of my favorite flowers with a wonderfully penned card addressed to yours truly. I have the most romantic husband in the world. This I know is true.

Then the following day, the 12th. Also known as Honest Abe’s bday, also happens to be my dad’s bday. He celebrated #86! I am so fortunate to have such a great dad, a dad who is slowing down with the passage of time. In this past year he’s been diagnosed with a debilitating neurological disorder but he is still mostly himself, I cherish every moment I still have him here. I feel blessed and know that I am lucky to have had such a wonderful relationship with my parents, pretty much ongoing. I’m doubly blessed to have parents that love and support me and my crazy undertakings. I am triply blessed to have those same parents be able to share the joy that is my beautiful little girls…the mere presence of my parents being able to witness their granddaughters’ growth has been an eyeopener for me. It has opened my eyes to what my parents have known all along…children grow up much too quickly. I see that knowledge in my father’s aged eyes. I see what he has seen all along…babies don’t stay babies and little girls become women much too quickly.

The reprieve of emotion comes on the 13th only to follow with Valentine’s Day on the 14th. By this point, I’m pooped. Celebrated out. Frankly, having to lug myself to both my children’s celebratory class time for Valentine’s Day party-dom is almost too much for me. But today I trudged through it and saw, as my father sees, my little girls growing up. My oldest claims she doesn’t like any boys in her class but I saw the look she and her best friend K gave one another, as if they were in on some conspiracy together when adorable “R” passed them in the hallway. My younger child, who’s heart belongs to only “J” smiles every time you mention his name….he does that show off-y boy thing boys do when they like a little girl when he’s around her so at least her crush is reciprocated. She truly is lucky in love, I suspect, because the class goof also has a crush on her-it’s so apparent just by the manner that he goes out of his way to stand next to her or find a way to talk to her. Ahhhh, young love.

Grade school crushes are a rite of passage. The mere mention of this discussion, however, sends my husband straight to shutting off his ears, doesn’t want-to-hear-it-land, “LA LA LA LA!” 🙂 Nonetheless it is true, it is happening. Soon enough Valentine’s Day will turn away from exchanging sweet Valentine cards in class to being given a roses (or other flowers) by their respective high school sweethearts and then later to receive heart shaped (sorta) cut outs from their own children MUCH MUCH further down the line. I wonder if I will look at my grandchildren much the same way my father looks at my children? With the knowledge that the passage of time goes much too quickly and that those little ones only stay little for mere seconds.Â  I’m tearing up just thinking about.

So there’s my Hallmark thought for today.Â  Happy Valentine’s (belated or otherwise) Day to you & yours.

Client Q&As coming up in the next week.

Details on STUDIO (yes gang, you read that right) Limited Edition Sessions coming in March coming up in the next few days. 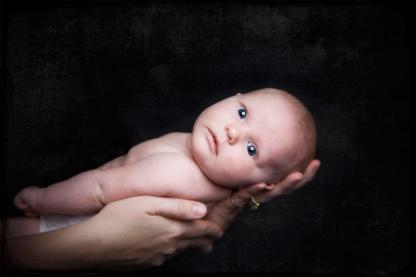 Me? I’m just trying to get back to happy after being REALLY sick for the past week. 🙂 I owe some people email & phone calls, hold tight, I’m on it tomorrow. If you are waiting on a print order/reorder things are going in this week and will be shipped in the next week or so.

Workshop details HERE for my fellow photogs outside of the Chicagoland area. There are still several seats available. Hurry! The deadline for the early registration fee is coming up at the end of this month.

Short, sweet, fun! Getting back to happy.

On the Subject of Rockstars

…last night, somehow I was roped into going to see the Hannah Montana 3D Best of Both Worlds Concert (coming to a theatre near you soon) at our local theatre. I say “roped” because I suffered through in a fevered state, somewhat delirious (or so I claim I was because I seemed to honestly enjoy the show 🙂 ). Magically the theatre was quiet minus my very exceptional little seven year old beautiful girl who sat next to me mouthing and singing @ times the lyrics to all Hannah Montana/Miley Cyrus songs. My kids amuses/amazes/astounds me (even when she said “WOO!” about Billy Ray Cyrus being in the movie, she is totally enamored of him). So in fact, Hannah Montana 3D concert IS captivating enough for this jaded mom who is mostly skeptical of most things.

I actually learned some things from the young Miley Cyrus that are important life lessons for ALL of us:

â€¢ Family is the most important thing we have

â€¢ Being a rockstar, while fun, isn’t the end all be all, sometimes it’s awesome to just be

â€¢ You can only wear sequins and sparkles during a certain part of your everyday life and get away with it. After a certain age, well you just look like a Las Vegas showgirl

â€¢ I still think I should learn to play the guitar

â€¢ I really long for the days when I wore knee high socks and short skirts just for fun (I really did actually, remember when Mary Jane’s made an early 1990’s appearance…well I adored that look)

So…on the basis of looks. Check out this YouTube clip from awhile ago. I don’t think I blogged about it the first time around however…this clip proves that appearances are nothing sometimes.

Funny and Irreverent, Photos and Illness

I’m a big fan of blogs and YouTube. Well in fact I am a big fan of all of the riches everyday Joe & Jane blog about and chat about and video about in the cyberworld circa 2008. Honestly I think it fascinates my inner peeping tom allows me to see the world from all sorts of points of view. I’m a big fan of people watching!

In my never ending quest to keep my blog peeps entertained I thought I’d share some of the more irreverent, funny, gross and fun blogs I like to read on a weekly basis. These are frequent fliers in my world so strap yourself in.

Here comes that pesky disclaimer: if you’re easily offended you may just want to skip these. If you want to laugh a bit and nod your head in agreement you may want to read on. For those that aren’t going to pass the time away with some of my more faves, here’s a few boy images taken from days of no snow and warmer weather 🙂 (I sometimes feel like I neglect the tougher sex in my retrospective moments so here we go…making up for it!) 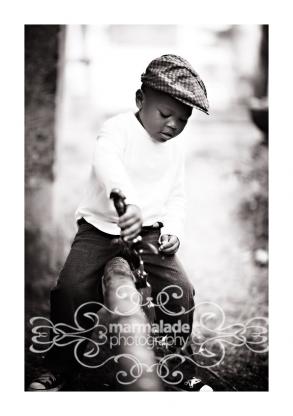 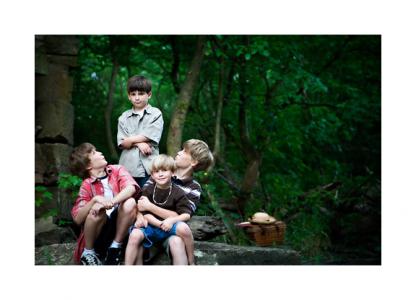 The celebrity mom freebies on StrollerMomDerby always worth a read! The highlighted on focuses on J.Lo (or is it Jennifer Lopez? I can not keep up!)

A new favorite which I was referred to viewing just the other day, The Sneeze. I’m sending you right to the “Steve Don’t Eat Me” series of entries. I am warning you: it’ll gross you out but you’ll be laughing so hard it won’t even matter.

Because I Said So the blog of a Chicagoland mother who is on the verge of superstardom. Check her blog out so you can say you knew her before she became WAY rich and WAY famous. Some of her entries are so funny.

Speaking of mothering, everyone here at Casa Marmalade is sick.sick.sick. Except for me, I keep the dubious distinction of caretaker tonight (well every night actually). We were supposed to attend a function at the Museum of Science and Industry tomorrow night for the Children’s Heart Foundation and now I am really concerned that it will be a no go for us. 🙁 The girls are so excited though so please keep healthy vibrations coming our way. With some luck and healthy vibes perhaps the girls can go have a night at the museum tomorrow evening.

Ciao! And as always, thanks for stopping by!

Now for something different…

In this past month I have voraciously devoured numerous texts on photography, on living better and how to just be better. I’ve devoured hours of just me lost time on the internet and I have rediscovered the passion for learning and sharing.

In our quests, as humans, to prove our existence…we go to great lengths. Some of us are satisfied with creating images for families to cherish. Others go deeper and further than most of us are allowed to or ever have the opportunity to.

To that end, I say one name: Jim LoScalzo. He has a book out, EVIDENCE OF MY EXISTENCE and I found this 2 part series of promo video of his memoir.

Be aware some of the images are not only thought provoking but that viewing should be done with discretion. You may feel everything or nothing but you will not walk away untouched: