Another (Better Late Then Never) Accomplishment

Last year I entered into a prestigious international photography competition, the Black and White Spider Awards.  From their site: “With a collective Judging Panel of the world’s most recognized experts from SOTHEBY’S, TATE, MAGNUM PHOTOS, FRATELLI ALINARI, ARMORY SHOW, BONHAMS of London and more, the awards are the industry’s most authoritative and important photographic event for black and white and mono art”.

A few months after I entered, not giving it much thought after that, I received notice in the mail of being awarded an HONORABLE MENTION for one of the images I submitted.  My husband somehow knew he should make a big deal of it.  Not me, I acted very dense and was like “Yeah yeah yeah, they probably give those awards out to everyone just for entering.”  A few days later it occurred to me that I should investigate it.

Among thousands of entries they select a few hundred to get into the next stage of nomination.  From there they choose their top six in each category.  This image placed as an Honorable Mention in the advertising category behind the top three.  I have to say that I feel pretty dense about not recognizing that HEY!  This is pretty incredible. 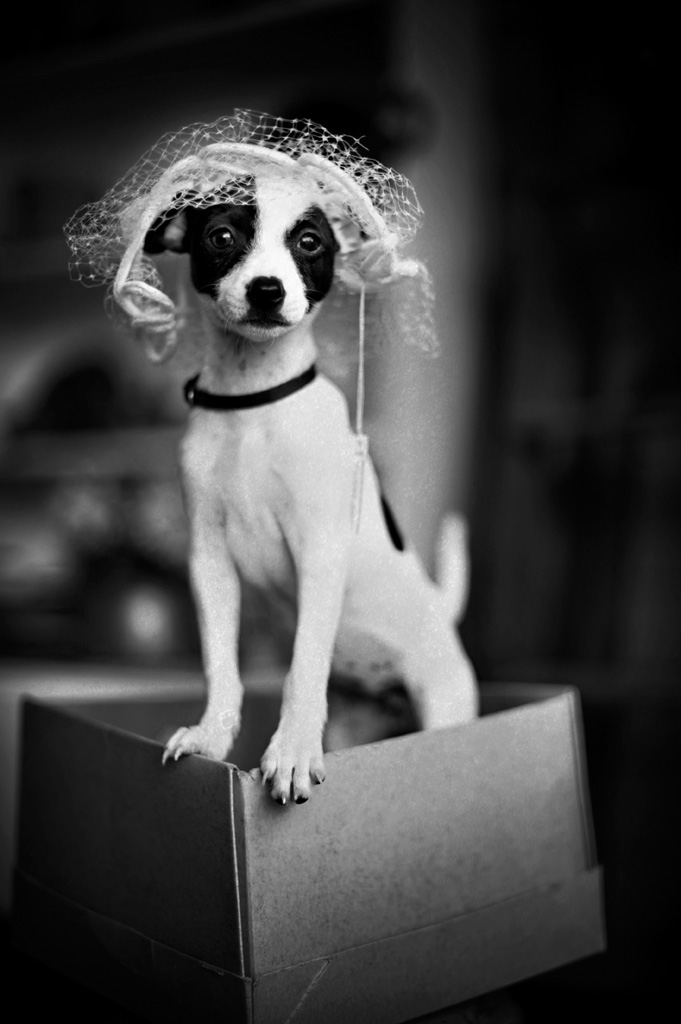 FOR SALE (with Chloe the adorable Terrier)

Thank you for allowing me to share this sort of big deal honor.  I should probably start paying more attention when Karma brings good things, eh?  🙂