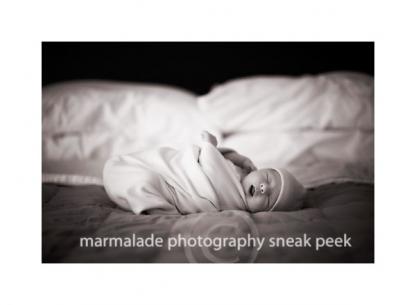 …of the blogging kind!

🙂 Thanks to all of you who have sent me congratulatory wishes on the inclusion in the book mentioned in the blog post prior to this one. I guarantee you my images only comprise a fraction of what is within that text and yet I’m rather okay with that. I am still floating on cloud 9 about it.

Over the course of the past several weeks I have undertaken a rather large project, I’m giving my Mac Book Pro a split personality. I upgraded the OS to Leopard and installed Parallels on it in the hopes of getting Windows to work on it (it does). The point of all this is to install a program to work on it that is devoted to the studio owner. I kid you not when I quote the following amount of time: it has taken approximately 20 hours for me to get to this point of playing around with it, getting everything installed appropriately and now…and NOW…my (bleeping) printer won’t communicate with the computer via the wireless network. This is how I spent a number of days recently in my sick bed (did I mention I was down with bronchitis/laryngitis for several days). I have to say it feels like a challenge at this point, there HAS to be a way to make this work.

I find that with stuff like this (and coding blogs like I have done recently) is a muddling through process for me. It’s so obvious I really don’t KNOW what I’m doing but that I have just enough knowledge to make me dangerous. My nephew, Andrew who happens to be my computer go to guy, will 125% attest to this laugh at me when/if he reads this. It’s true. I muddle through. Sort of the blind leading the blind, except well, I see. 😀

That’s my newest and greatest news. Now that I’m feeling a bit better I am sitting upright and editing (couple sessions will have galleries released this week) and doing some picture ordering for clients and sending out orders. My apologies to anyone who I may have infected in my daily life (aka my family).

So what good is a post about sickness and computers without a picture? The following image was created several months ago for a photographers website site…the project required a photo of my workspace. Not much has changed (well I did clean it up but once again it’s a mess, and the Treo altho is still with me, I have added an iPhone to the fold as well).

Thanks for stopping in

Let Me Toot My Own Horn…and other horns as well

(wow that sounds dirty and I don’t mean it to! LOL)

My copy is here! I ripped open the bag from Wiley Publishing almost the minute that I got it. It’s my first OFFICIAL published work (with hopes sent out to the universe for many more in the future)! I’m so giddy with excitement. A big thank you to the Bay Area’s Ginny Felch, who recruited me to be a part of this awesome work and to her co-author and pal of mine, Allison Tyler Jones, who has had her life changed by contributors Jeff & Julia Woods as much as my life has been changed by their brand of inspiration and art. I am honored to be present in this amazing group of photographers, some of whom I have met and known Stacey Wasmuth and Lisa Russo as well as other photographers whose work appears in this amazing text: Kim Heffington, Melanie Sikma, Laura Cottrill. I should mention that the Photo Workshop concept is a brainchild by the famous and wonderful Robert Farber.

Needless to say I am without words (a first) and now I must go be excited and look through this amazing text.

Thanks for stopping in!

p.s. On a much more solemn and serious note. I cannot turn my head without making a plea for these majestic and much needed animals. Today I rec’d notice from the Defenders of Wildlife that the Bush/Cheney Administration is stripping the vital federal protection for wolves in the Greater Yellowstone and Northern Rockies area. This area and these animals hold a truly special place in my heart and under the existing management plans all but 300 wolves could be eliminated which would be a huge tragedy. Please, if you are lucky enough to be able to make a donation for whatever you can afford, please consider donating to help save our wolves. This often misunderstood creature has become a vital part to re-establishing the food chain balance in the area of its’ reintroduction.