Soundtrack: Flashback to 2000.  This song is a favorite of mine.  I remember when my M was just a little baby and this video was playing on MTV (you know, back when MTV still played videos).  We danced around the living room, her still small enough to be cuddled and me, a brand new mom enjoying baby hood to its’ fullest.  Yesterday we bought that little baby her very own school desk for her room.  She looked so grown up behind the desk in her rolling chair and said to me: "Mommy, I’m just like you!  I have my own office."  Ah, seriously, TIME, time it passes all too fast.

Overall the sentiment of the song is perfect for today’s entry, the sound quality stinks but finding the official video for this one was difficult:

Sneak Peeks…from a wedding I had done this past weekend.  A huge congratulations to the beautiful bride, Michelle and her fetching groom Chris.  The wedding was fabulous and everything went without a hitch (I swear no pun intended…but did you notice that when people say no pun  intended they invariably have a pretty bad pun going on there?).

The day couldn’t have been more perfect. 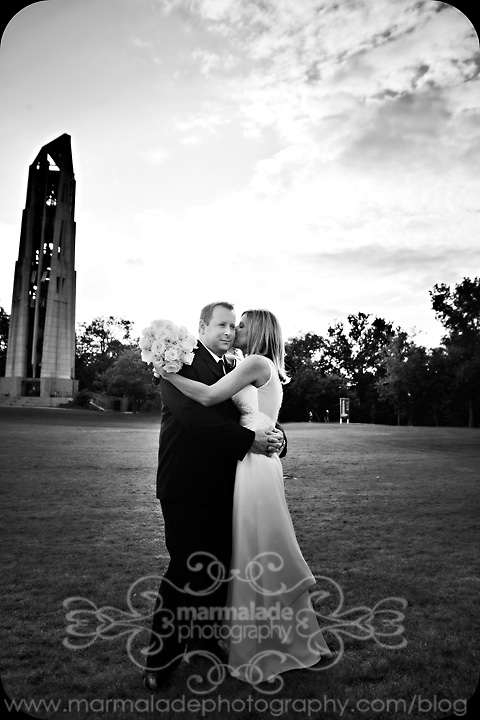 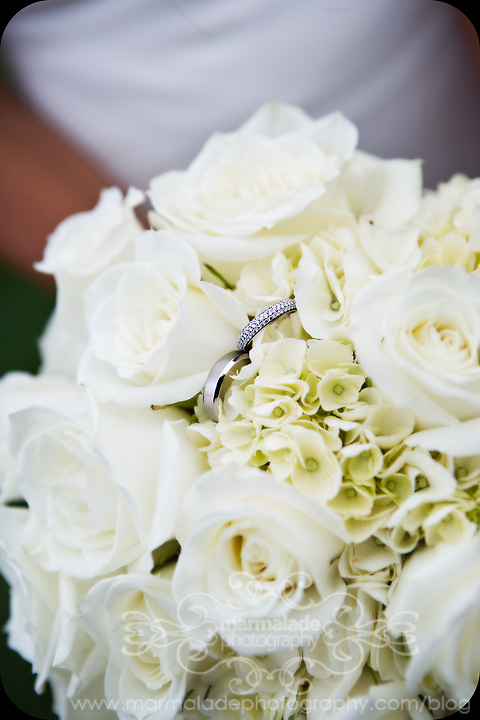 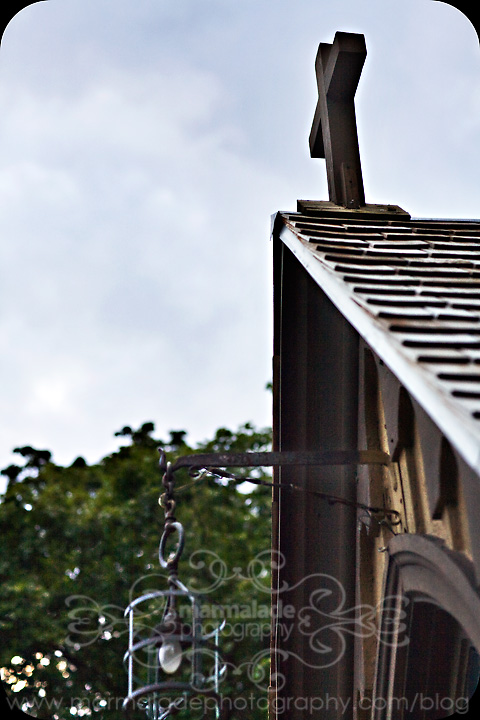 Newfound love…Winterkids.  The lead is adorable, isn’t he?  In that 80’s Britt revival sort of way.  Good looks aside, I love their music, most definitely!

Skinny jeans.  LOL.  I never thoughts, not in a million years, these would be back with a vengeance.  For guys no less!

Ahhhh, memory lane.  It is a beautiful thing isn’t it?  I walked down it at my session yesterday with the ever lovely J and her bro M and their parents Craig & Becca.  I met Becca a few years ago when I did a session at her home on the Northside of Chicago, I think J was just about 18 months or so (and M was a soon to be realized dream).   Last year little M came into the scene and J’s life has never been the same I suspect.  Little brothers have a way of doing that!

I might mention that when client call to book they often mention specifically the images in my portfolio of J and M.  The rocking chair is a perennial fave shot when a potential client speaks of my portfolio as it the HAT picture (scroll down after the sneak peeks to see)…

It’s a greatl thing to follow these beautiful kids grow up year to year.   Anyway, enough blabber, woman!  Get to the sneak peeks!

circa 2006; she was already playing school there, eh?

Thanks to Becca & Craig for making the trip out to see me yesterday.  The images look fabulous, you will love them.  Much love to J & M who never fail to make me smile and giggle when they’re around.

Due to overwhelming requests (and wow, I had no idea that you all were looking forward to these!)  I am now opening up for a single limited edition session held at the studio on Tuesday September 30, 2008 from 9:00 until 2:30 p.m.  Only a limited number of spots available.

I implore you to give the following peeps a call to show your support of the anti-state park closings:

You can also email from the Illinois State Governor’s site at http://www.illinois.gov/gov/contactthegovernor.cfmI have faith in the grass roots movement!!  WE CAN CHANGE THE COURSE OF ACTION, for not only Channahon State Park but all the other State Parks and Historic Sites.  Remember this sad moment in time… LINCOLN’S CABIN is one of the site’s on the line!  What sort of legacy are we leaving for our children and our children’s children if we allow this small part of budget cutting to affect our history and our recreation?  If Illinois found the money in the early 1930’s to open the first state park in Channahon then by all means we can find a way to keep it and the rest of these sites open!

Lastly thank you for all your kind words regarding the special stop motion video I made the other day of my beautiful girls (in the post right below).  I really am glad it’s not just me & my mommy goggles that sees the fun & beauty in it.  Much love my friends!

Equals my first stop motion video.  I had a hard time getting it to upload for the net usable format so excuse any issues I may have had.  A couple ways to view @ higher quality.  YouTube version is better viewed at high quality (click here and then click view below the image on "watch in higher quality").   Alternately if you wish the Quick Time version can be seen by clicking here,   it’s a L A R G E download but it’s better by far than You Tube.

I’d be embarassed to admit how many hours I played to get this all right:

What would I not do without You Tube?  You can bet my blog would be a lot quieter!  🙂

This morning about 500 people showed up to the Channahon State Park rally.  Mayor Joe Cook brought tears to my eyes with his statements of what this park meant to him growing up.  I wish I would’ve brought my camera because the signs some of the kids made broke my heart.  One that stood out for me: "Mr. Governor, don’t take my fishing spot!"  🙁

Please allow me to beg my faithful blog readers, especially those of you in Illinoise.  Give the following peeps a call to show your support of the anti-state park closings:

You can also email from the Illinois State Governor’s site at http://www.illinois.gov/gov/contactthegovernor.cfm

In the next few days the Village of Channahon is going to have a nice long list of letters to customize for printing and sending out to the various state representatives.  WE CAN CHANGE THE COURSE OF ACTION, for not only Channahon State Park but all the other State Parks and Historic Sites.  Keep in mind LINCOLN’S CABIN is going to go away too. What a travesty.  I believe our children should be able to tie in history and with actual locations that our preserved.  This is our legacy.  If we don’t stand up for this, who will?

Now For Something Very Serious : The State of Illinois State Parks

Now, I am the least political person I know (much to the dismay of my husband who loves a good heated political debate) but this boils my blood.  Governor Blagojevich, in his budget cuts is streamlining an already too lean Department of Children and Family Services (DCFS)…I haven’t even explored that yet though because of the two state park closures that are extremely close to me and affect all of us in the Chicago Southland and beyond.  While Governor Blagojevich was enjoying the DNC in Denver his office put out notice that over 24 State sites, including 11 State Parks and 13 Areas of Historical Interest are to experience closure as of November 1, 2008.

The beautiful Gebhard Woods in Morris, Illinois (just west of the most adorable historic downtown area in our region) is one of the state parks local to us.  It’s beautiful and well worth a visit (it’s located just west of Morris’ beautiful downtown district). In my own backyard the significant to our community Channahon State Parkway (also known as I&M State Canal Park Trailhead) is also slotted for closure.

In response the community of Channahon is organizing a rally this

Monday, September 1 at 9 a.m. at the Channahon State Park

Please join us in voicing your opinion on the loss of our community treasure.

Other sites scheduled for closure are:

Southern Illinois’ The News-Gazette made a beautifully valid point in this quote:

Although the world will be watching Illinois in February 2009, when Lincoln’s adopted state celebrates the Kentucky-born 16th president’s 200th birthday, several sites associated with Lincoln will close, including the Lincoln Log Cabin, his parents’ last home, near Charleston, and the Vandalia statehouse, where Lincoln served in the state Legislature before Springfield became the state capital.

"It’s going to be devastating to local communities that depend on these sites for tourist revenue," preservation agency spokesman David Blanchette said.

"I think it’s a shame and disgrace to do this as we go into the 200th anniversary of Lincoln’s birthday," he said.

Though he said the governor "has a very legitimate concern in that the budget was not balanced," he "slashes with a dull ax."

"When we go back to veto session in November, we’ll try to find places where we can restore money," Black said.

What sort of legacy is Blagojevich leaving?  Not much different than George Ryan, IMO.